Trim the number of skills back

These rules are canon for my current campaign.

These rules are designed to hopefully prune back the skill list a little in ways that make sense and make some skill-heavy archetypes have a little bit of an easier time of it (most notably, riggers and deckers.)

This is designed to make it less painful to use Skill Groups as a way of mitigating the large numbers of skills needed for some archetypes.

At chargen, allow Skill Groups to be taken for 2x Skill Points per point going into the Skill Group. This is so players are free to mix and match skills and skill groups as they desire.

Sally Samurai puts a B into skills during chargen. She wants to be good with all sorts of instruments of murder, so she takes the Firearms skill group to rating 5 - this costs her 10 of her 46 skill points.

The skill group is now “broken.” She won’t be able to improve it further unless she first takes each of the other skills in the group up to 7.

In the below tables, changes to SR5 RAW will be highlighted in yellow. 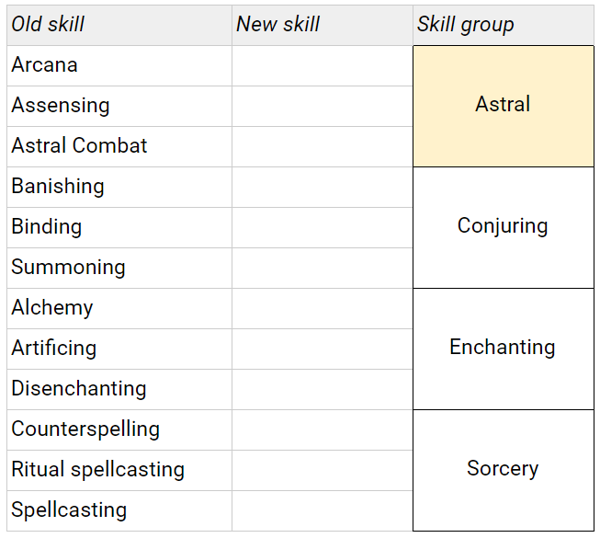 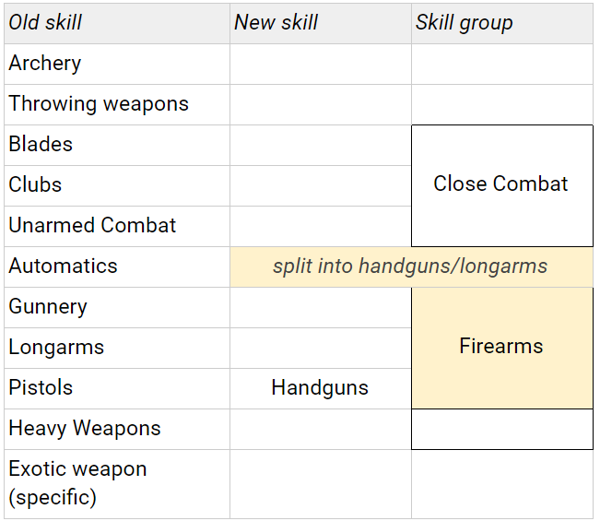 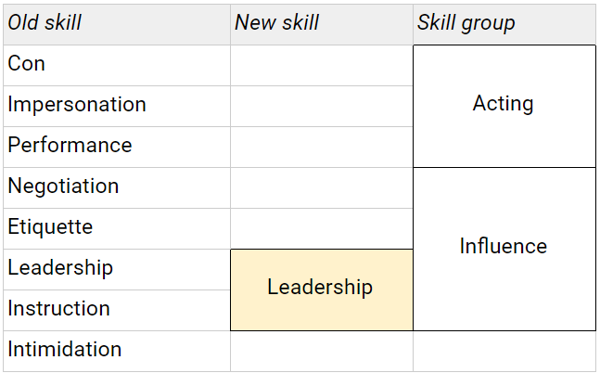 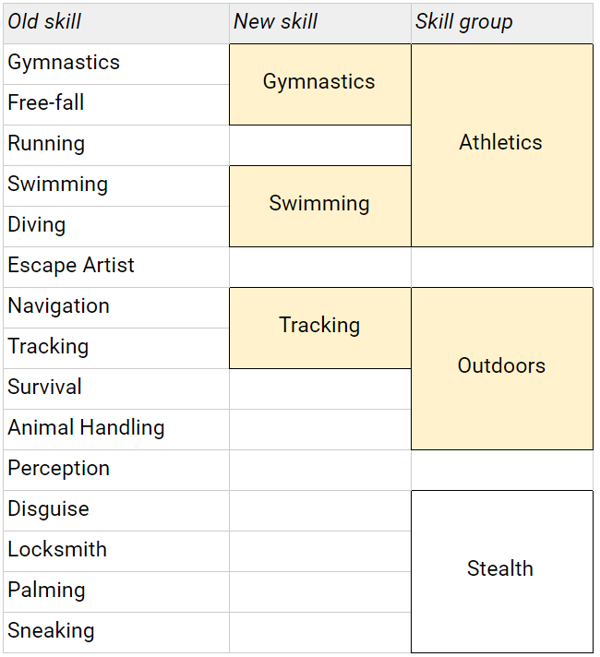 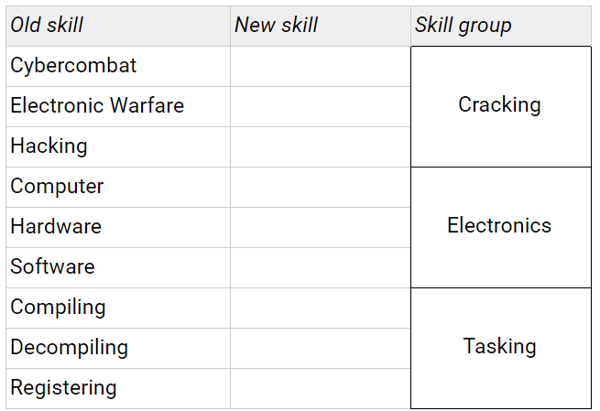 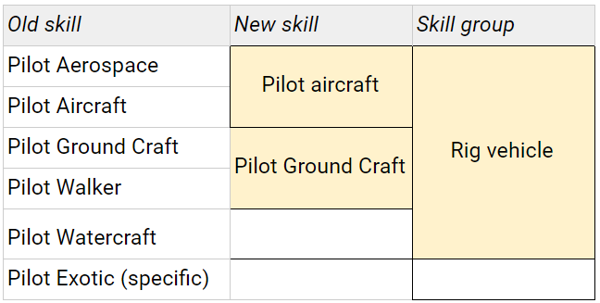 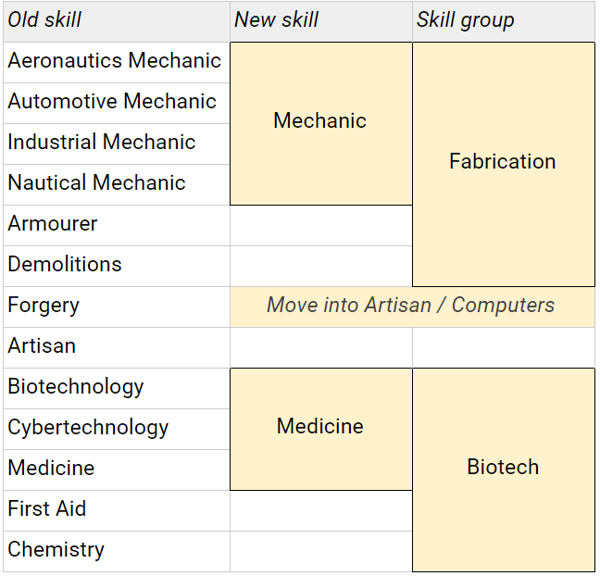 No changes to 5e’s RAW, so to summarise: