The chances of beating certain target numbers in Savage Worlds

The core dice mechanic in Savage Worlds is simple to explain, but not always easy to reason about: roll your attribute or skill dice (a d4, d6, d8, d10, or d12), plus your Wild Dice. Each dice explodes, ie. if you roll the maximum, you re-roll, and add on; repeat as needed. Once you’ve finished exploding each dice, take the highest of the two numbers.

Below are tables of the chances of hitting at least a given target number, for each type of attribute or skill dice. 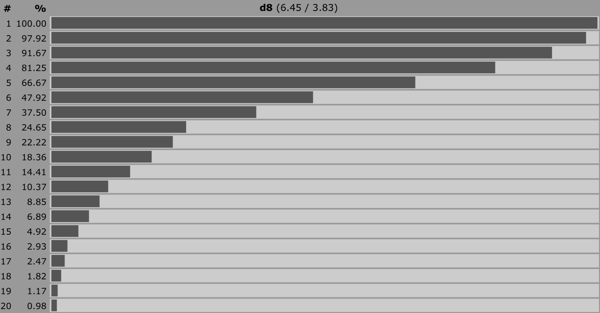 NB you can generate the above tables using anydice.com and the following script: